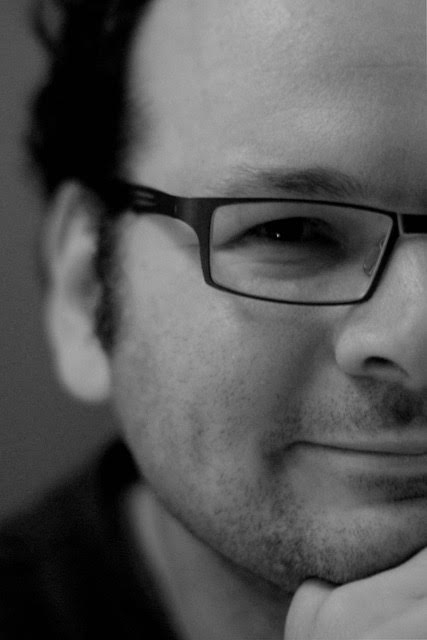 Jonathan Sanderson is a lapsed physicist and occasional filmmaker, now unexpectedly an academic working on widening participation  projects at Northumbria University. He trains science and engineering performers internationally, and has research interests in digital making, tinkering education, and diversity in the STEM workforce.

I recently moved back out to the coast, which means I’m slowly rediscovering what morning light looks like over the sea. A few days ago the wind was slight, and the sea looked metallic, in shades of grey and silver and mirrored cloud. I was struck partly by the beauty of the effect, but also by the realisation that if what I saw were implemented in a video game graphics engine, it would look ridiculously fake. “Realistic” isn’t the same as “convincing”, which is something I suspect game designers have known for years.

Ach, we have dictionaries for such things!

I’m not sure I draw much distinction between wonder and awe, which probably means I’ve misunderstood both for decades.

Curiosity, for me, is about wanting to understand how something works, or at least to know more about it. There’s often talk in science communication and education circles about using wonder and awe to prompt curiosity: “You’ve seen this amazing thing, have you ever wondered how it works?”. Sure, that works some of the time. But there are other circumstances where curiosity can lead to understanding, and that understanding itself can lead to wonder and awe: “The maths is the same? But… how can this thing be connected to that other thing?!”. Those are the situations I find personally satisfying.

I’m not sure I’m inspired to be creative so much as miserable when I’m not. If I find myself flagging, I can usually self-diagnose as being mired in admin, or slogging against the completion of something which has turned from creative delight into drudgery.

The ends of projects are often the hardest, I think. The thrill of the new has long gone, the problems have mostly been solved, what remains is handle-turning boredom. Typically I’m itching to start the next leap into the unknown… or terrified of, well, ditto. Usually I have to force myself to finish the bloody thing so I can start being creative again, but clients would also point out that finishing projects is not my strong suit.

Anyway, perhaps my inspiration boils down to creativity being its own reward?

I… hmm. I don’t like magic very much. Sorry, but there it is.

I have tremendous professional respect and admiration for the ingenuity, craft, and stage discipline of the magician. But I don’t much like magic personally. My professional life has been spent helping audiences to notice, recognise, and find delight in the truth of how the world works; magic, to me, is antithetical to that. I’m literal enough about being a scientist that, in truth, I’ve never quite understood all the science communicators who also delight in magic. Is it a bit like the children’s performers who, as soon as the audience leaves, unleash a tirade of swearing which would make a stereotypical sailor blush? Do some scientist-performers just wish they could show a phenomenon and have people go “WOW!” and leave it at that, without having to faff about offering fiddly explanations which struggle to avoid being didactic and are inevitably picked apart by some know-it-all in the audience anyway?

Oh. Suddenly, I see the appeal.

Probably being like me and fixating on how the damn trick is done.

No, actually, that’s flippant. As ever with performance, what breaks an audience’s connection with the material is, by definition, a distraction. For some of us, that’s the performer claiming to have some sort of special mental powers (yeah… the power to make my eyes roll, impressive). For others, it’ll be careless staging, or ooh look a tiger.

The art of the performer – any performer – is to understand what will distract their audience, and hence to manipulate their attention.

Thing is, there’s never ‘an audience’: there are always multiple audiences, with differing perspectives and needs. In some ways television in the pre-satellite era – which was where I cut my teeth – was terrific discipline, in that audience diversity was an inevitable outcome of the limited choice available. Children watched my shows, or they watched whatever was on the other side, or they kicked a ball around in the park (secretly, I always hoped they did the latter). Those were the options, and as creators we had to work hard to play to a very broad audience. For a while that worked.

In the streaming era, mass audiences are becoming more like live theatre audiences, in that they’re self-selecting. You tap a YouTube film because you think there’s a reasonable chance you’ll like it, and the internet allows a huge number of people who are fairly like you to find the same clip.

Playing to a broad audience is now a risk, if it dilutes the sense of identity your central audience finds in your work.

While there are clear advantages to the performer and to audiences, I’m less positive about the new normal on a societal level. As adults, we’re aware that we each operate within our individual social media bubbles of like-minded voices, but we’ve maybe not realised that pattern is repeated right down to early childhood. Hopefully, children will work out how to maintain multiple selves across multiple networks, just as previous generations worked out how to watch two screens at once.

It’s the other way around, surely? If we didn’t have a sense of wonder, we’d never have been curious about what might be over that hill, and we’d never have come down from the trees. We are creatures of curiosity. So I don’t know how fragile it is, really. Do we drill curiosity out of our children by demanding rote learning from them, by rewarding conformity, or by failing to celebrate failure? Perhaps. But I suspect that – like creativity – it’s more robust than that.

Most of your working life has been behind a camera as a filmmaker. How do you convey a sense of wonder through a camera lens?

The joy (and curse) of making films is that you get to decide precisely what the audience sees. You’re funnelling their attention into a tiny, blinkered window, which reveals and conceals only what you allow. When teaching my kind of film-making, my mantra has long been “Work out what’s important, and fill the frame with that.” That advice is also about giving individual shots the time they need for the audience to really notice what you intend.

‘Noticing’ is a common theme, for me. Frank Oppenheimer was big on noticing: he used to say that artists and scientists were the official ‘noticers’ of society – those who help us pay attention to things we’ve either never learned to see or have learned to ignore. Frank ran health and safety for his brother on the first atomic bomb test, subsequently became a cattle rancher, high school physics teacher, teacher trainer, then eventually opened the Exploratorium in San Francisco, which is usually described as a science visitor centre but is really more of a cathedral to wonder. I don’t think I’d realised how much an influence Oppenheimer and his Exploratorium had been on my life until I first visited. So, so much of what I’d like to pretend is my thinking is just my clumsy reverse-engineering of his.

Anyway, yes: conveying wonder through a camera? Simple: work out what’s wonderful, then point the camera at that.

What has becoming a dad taught you about creativity, curiosity and wonder?

It’s taught me an awful lot about patience; chiefly that while I was pretty good previously, I do actually have limits.

My son is now three, and I guess he allows me to notice simple delights again. Raisins are wonderful things, so raisins baked into bread – they’re amazing. The truth, though, is that I’ve always kind-of thought that fruit bread is wonderful, I’ve just assumed that once you hit 40 you probably should have moved on from being amazed by it.

So the major change of being a dad, for me, has been having a new friend with whom I can notice all these things all over again without feeling foolish. What I’ve learned from this is that I’ve never, quite, stopped doing it, when I’d rather thought I had. Prior to fatherhood I’d worried that my awe was rarely struck; had I become jaded?

Almost every time we chat, it’s not long before you talk about telling stories. Why are stories so important to you?

It’s because I only have one topic of conversation, Matt.

I’ve been fascinated by technology for as long as I can remember, and I regard telling stories as probably the finest technological invention of human society. My professional work might involve inviting audiences to find delight in science, but the truth is that human society did agriculture, animal husbandry, chunks of metallurgy, the basics of structural and mechanical engineering, and so very much more millennia before we ever invented ‘science’.

Science offers us an outstanding set of tools for moving ideas between groups of people: everyone who buys into the basic assumptions gets all the ideas for free, as it were. But part of the deal is that we pre-agree a set of ground rules: knowledge should be falsifiable by experiment, ideas about reproducibility of results, a common statistical toolset, mathematics is basically solid, and so on. It’s pragmatic and practical and rational and efficient all that good stuff. It’s not intended to move you emotionally.

Stories are the opposite: they impart information by appealing to the audience’s emotional response, and saying “If this character feels fear, and you feel fear, maybe you’re like this character.” That’s bad science, but really amazing communication.

So one of the reasons I enjoy thinking about and teaching storytelling is that moment when scientists and engineers come to recognise that if they want to communicate with non-scientists, they can’t just structure and order evidence: the tools of their daily lives are not universal tools shared across society. However, the technology to bridge the communication divide exists, is familiar to us all, and turns out to be tremendously satisfying to employ.

One of the things I notice from my training courses, incidentally, is that I can show audiences of scientists and engineers evidence about the relative success of different approaches to communication – I can even draw them graphs! – but what really convinces them is when I present them with an argument in narrative form. That is: when I tell them a story. Fancy that.

One thought on “Interview 42. – Jonathan Sanderson”