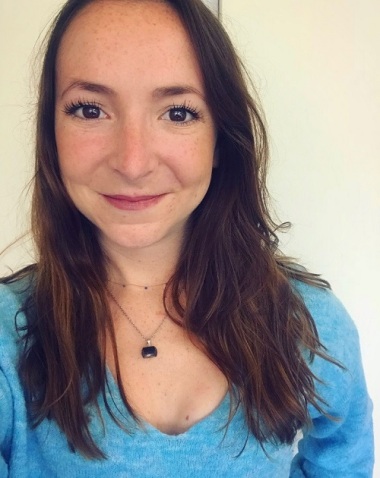 Ph.D student and Associate lecturer in the Psychology of Magic at Goldsmiths University, London. She studies how unconscious influences shape our choices and the illusion of free will with the help of a magician’s technique known as ‘forcing’.

Just about a week ago I had to perform the rubber hand illusion for an exhibition at Goldsmiths University. Basically, the illusion consists in stroking someone’s hand (which is hidden from the view of the participant) and at the same time a fake hand put on a table as if it were this person’s hand. After a while, your brain starts to think that the fake hand is actually yours, and you can literally feel sensations from this artificial hand.

I knew the trick but never tried it on myself and I was really amazed at how well it works. It feels absolutely strange, and you really have the sensation that this weird plastic hand on the table is yours. I’m always amazed at how you can trick the brain and how quickly it can adapt.

Well, as a non native speaker for me wonder and awe are really close. I guess the difference would be a sense of curiosity in wonder, and more of a sense of admiration in awe.

Discovering new things and ideas and learning from other people. Reading or learning about things I don’t know helps a lot as it always gives new insights and ideas. Exchanging with people, understanding what they are interested in,  how they see the world can be really inspiring. I’m also really driven by all the things that I don’t understand, and finding original solutions to challenging problems.

Not really, no, I don’t have any ritual. For me it’s more about unexpected moments, or encounter.

As a spectator, I tend to over analyse things and think way too much all the time, so I really love the fact that you have to let go of that for magic to happen. It’s a way for me to become a child again and just let go of control, let someone tell me a story, and experience the impossible. When it comes to understanding it, I just love the fact that it becomes even more magical to understand why tricks work. That is something that magicians don’t always really know – why their tricks work – in terms of psychological and cognitive processes, and it can be really fascinating to find out some of these processes.

For magic to work, it has to break our expectations. So I think if an effect is repeatedly performed and becomes banal, for example a woman sawed in two, the magic doesn’t really happen anymore. Also, I think the magician has to engage the spectators properly, focus on the story he’s telling and not just the trick in itself. Doing magic just to show off is also a big magic-killer, and I think magicians should always perform for the spectator to experience wonder and not to be admired, because you can totally sense this kind of thing.

I think it comes from a mixture between a sense of beauty, inspiration, and awakening of  our curiosity. I think we can cultivate it by trying to appreciate little things more, being more in the present moment and grateful for what we have, as well as keeping an open mind.

You research the psychology of magic. What’s the appeal to you?

Since I started studying psychology I became really interested in social psychology, which looks at how our environment affects our choices and behaviours. As we are constantly making decisions (as trivial and small as what to eat for lunch, but also important ones such as what career or partner to choose), I just started to be really fascinated by understanding why we do the things we do, and how we are influenced by a number of factors. I also find the illusion of free will, as well as how we think we choose something when we didn’t, really captivating. As I’ve always loved magic and do some a bit myself, I quickly made a link with some tricks I knew: forcing techniques. Forcing is a way to make spectators pick or think about a specific card or object without them being aware that they were influenced. Working with forcing as a way to study these processes is just really fun for me, as it gather all these interests. Magicians have been using some techniques and processes for hundred of years that for some of them psychology understood just a few decades ago. I think we have a lot to learn from magicians’ knowledge.

Is there a danger that by dissecting (like a frog) a magic trick you lose the magic?

Yes and no. Yes if we are not careful and after dissecting the frog we just expose its heart and entrails to the whole crowd. I think there’s no such reason or pleasure in doing so. But if we just dissect it so as to better understand how the frog operates, and just communicate to the scientific community and general population our findings without giving away the information which are not needed to understand them, I think it is OK. We just have to be careful with the amount of information we give away. But in a way, I think that it is also magical to dissect the frog, because it is as fascinating from the outside as well as the inside, and when you understand how things really work, it is magic.

Your particular research area is on free will and how magicians circumvent that.  Can you tell me some more about what you’re doing and what you’ve discovered?

So, I’ve been using forcing techniques for more than two years now. I did a couple of experiments using some really subtle forcing techniques, often called ‘psychological forces’ or ‘mental forces’ in the magical world. They are considered really risky and rarely performed, but I found that they actually are quite impressive, as they have a success rate which is significantly higher than random choices. One of them uses subtle verbal and non verbal subtle influences such as particular words or hand gestures to make a specific card come to a spectator’s mind. For example we found that a quick touch on the participants arm before the force is performed could increase their suggestibility to the influences contained in the trick, but only if they are not aware that some kind of influence was exerted (they didn’t notice any of the influences). I’m also currently creating a psychologically based classification of all types of forcing techniques to help knowledge transfer between magicians and scientists, and to better understand the psychological processes involved. We have a lot of very exciting experiments to come too, which will look at participants’ illusory sense of control over their choice during the tricks.

Do you think humans have free will and also how does that compare to other animals?

There is a lot of debate and controversy about this question in the scientific community. I actually think we do have free will, even if a lot of scientific studies seem to show that we don’t, or at least that our brain makes unconscious decisions before we consciously become aware of that.  I think the problem is more about what we call free will, what we consider a free decision, and from which paradigm we approach the concept (philosophy, neurosciences, social psychology, theology…). Regarding animals, I guess the big difference is that we have more control over our instincts and an advanced capacity to deliberate and plan things according to our objectives and needs.