A versatile, globe-trotting magician, performing for private clients around Europe, at public events, and on cruise liners. For 3 years Steve was The Magic Circle’s Honorary Secretary, looking after the interests of 1,500 members worldwide.

I was in Rouen, France watching the 30 minute light show being projected onto the side of Notre Dame Cathedral. It was wonderful, it was marvellous, it was breathtakingly beautiful. In the show, the cathedral transformed into a house of cards, it also burnt down to the ground. We all knew it wasn’t real, but it was SO real. It made me feel like a child again, I didn’t dare blink.

Curiosity is the explicable. Awe is the inexplicable. Wonder is the extraordinary (no one cares if it’s explicable or not – it’s just brilliant). What connects these three? Answers (or the lack thereof).

Gasps. When an audience can’t believe what they’ve just seen, they respond audibly. These moments of astonishment make the months (and sometimes years) of refinement worthwhile.

Creativity is a process, it’s hard work, and we tend to only ever see the “finished article”. Whether it’s a painting, a piano concerto or a lightbulb – the hours, days, weeks of trial and improvement are hidden. I don’t have any rituals or even a specific working environment (inspiration can strike at any time), what I do have is a relentless drive to be the best I can be. That’s why I can still get excited after rehearsing a routine over 500 times. Being a magician is incredibly tedious, and I love it.

Too often magicians get so caught up with the tricks that they forget they are there to entertain. A simple trick performed well is far more enjoyable than a complicated trick performed badly. The phrase “it’s not what you do it’s the way that you do it” has never been more true. Being self-aware (or seeing yourself as the audience see you) is possibly the greatest skill. And possibly the one most lacking…

I don’t just get excited by these things, I get excited at the anticipation. I’m like a child. For just 10 minutes, 90 minutes or 24 hours I forget about everything else and get absorbed into another world. How do we cultivate it? Make time to be amazed. 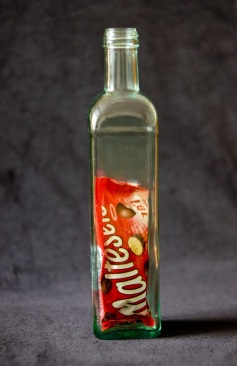 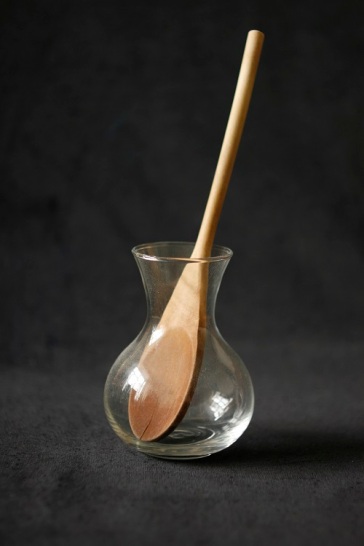 You’re known for creating impossible objects (both in performance and as a hobby putting large objects into glass bottles). What’s the appeal for creating these curiosities?

The Arthur Conan Doyle quote springs to mind: “Once you eliminate the impossible, whatever remains, no matter how improbable, must be the truth.” I look at an object and think “how can this be made smaller, to fit through the neck of a bottle?” After that, it’s trial and error!

As a magician, I didn’t want to just do something impossible (which is clearly an oxymoron), but also to MAKE something impossible. Something tangible. So when someone leaves my show and recounts what happened, they’ll say “the magician took a glass bottle, pushed my coin inside, and here it is!” It’s a gift, it’s a story, it’s a memory of something that can’t have happened. But it did, and here’s the proof.

Outside of magic, where do your inspirations come from?

This may sound strange, but I was in church and the vicar was talking about Colossians 3 “Whatever you do, work at it with all your heart, as working for the Lord”. I took this very seriously, and therefore as a performer I want to be as good as I can be. That doesn’t just mean the tricks. It means the jokes. And my voice. And my posture. And my prop management. And my volunteer handling. I’m working at a level that the audience don’t notice (because sub-consciously they will notice).

You’re one of the few magicians I know who works with a director. Most magicians do every role themselves. What’s the balance of creativity in the performer/director relationship? And what’s the pros and cons of having a second person input into an act?

There are no cons. How can there be? My director’s only aim is to improve my performance. [Caveat – I highly recommend having a director, but someone can only lead you where they have already been]. It requires trust. It requires vulnerability. You’re asking someone to point out your weaknesses to you, and it’s not easy.

From your answers, it seems there are some parallels with the way elite sportspeople train. Do you recognise that?

Oh yes. Take a joke for example. The same joke can elicit a groan or a belly-laugh. You might think it’s to do with the words, but once you get the words right, you look at the intonation of your voice. And once you’re happy with that, you can look at your expression. The audience won’t realise the amount of work that goes into the presentation – and that’s exactly how it should be.

Why are most magicians lazy?

The answer to this ties in with my previous answer. Magic is easy to do, but very difficult to do well.  Most magicians stop working “once they get the words right”, or once the trick works. That’s just the start! There are some tricks that are described as “self working”. This would be the equivalent of reading out a joke book on stage. The audience may laugh, but that doesn’t make you a comedian.

Behind the scenes your act and props are extremely well organised.  Everything has its place and you agonise over the smallest details. Does this restrict your spontaneity/improvisation? Do you feel tied to a script?

Not at all! My act is tightly scripted, but that brings great freedom. I can ad-lib and improvise as much as I wish, knowing that at any point I can return to the text.

A lot of your performances are based on cruise ships. You literally see the world. What’s the best bits of travelling? And what are the worst?

The best bits of travelling are the bits that catch you by surprise – like a glacier. I went to see a glacier and thought “I’m going to see a glacier”. When I saw the glacier, it was unexpectedly beautiful. I had a similar experience with an iceberg.

The worst thing about travelling… is the travelling. Just this week I arrived at an airport to be told I was on standby. I’d only get on the plane if someone else didn’t turn up. Not a nice feeling…

What are some of the practicalities of touring a show around the world? (flying with props, weight/size limits etc.)

Travelling with two suitcases has been incredibly useful, but not for the reasons you might think. Because I am limited to 2x20kg, I have to “do smaller tricks”. Consequently, the show is about me, and not about what I do. A few days after my show I estimate people can only remember two or three tricks. Someone once said, “they don’t care what you do, they care about how you make them feel”. Someone else said “if they like you, they’ll like whatever you do”. Being a magician isn’t about the tricks.