Jon Marshall is potty about sideshows, for over thirty years he was a friend of the late Jon Gresham, Magician, Fire-eater and Sideshow proprietor. Jon Marshall is the founder of Sideshow Illusions and has led a creative team in restoring and presenting Gresham's shows using their original frontages and props. Jon has worked in theatre all his life, performing magic professionally as a teenager and in 1970 becoming Director of Theatre in Education at Hull Arts Centre and later Director of Humberside Theatre. In 1982 Jon formed Magic Carpet Theatre presenting children's theatre productions and other shows throughout the UK and internationally, they are still touring. Jon is a Member of The Inner Magic Circle with Gold Star and in 2017 was awarded the David Berglas Award for Outstanding Contribution to Magic by the British Magical Society. Jon has been able to combine his passions for magic, sideshows and theatre in many projects, whether training Zombies for the University of Sheffield or presenting Professor Jon's Flea Circus.

A key figure in the cabaret and variety revival, Mat has performed by Royal command on more than one occasion, headlined and hosted shows across the UK, and regularly appears further afield, including appearances in gala shows on stage and television the world over, and regular invitations to perform in such iconic venues as the Royal Albert Hall, The Savoy Hotel, and Hollywood's Magic Castle. His groundbreaking work merges verbal and physical comedy, storytelling, dance, and of course, his trademark spectacular feats of dexterity.

Performer, creator, and mathematician. Yosuke Ikeda majored in mathematics when at university, and also taught himself magic and juggling. After graduating from university, he worked as a mathematics teacher in a private school. In 2013, he uploaded his “Hello Goodbye” video on YouTube and it spread around the world. That’s when he decided to become a professional performer. Now he has performed his act at many street festivals, comedy theatres and clubhouses in more than 20 countries.

Ash Perrin, also known as Bash the clown is a professional noise maker, childhood conservationist, rabble raiser and lifelong Play enthusiast. Author of ‘The Real Play Revolution’, and Founder of The Flying Seagull Project charity; for over a decade Ash has taken play and dynamic fun activities into the forgotten corners of the world sharing smiles and laughter with more than 130’000 children. Working in Orphanages, refugee camps, shanty settlements, hospitals and often out on the streets the mission is simple and the agenda direct: every child has the right to a happy childhood. 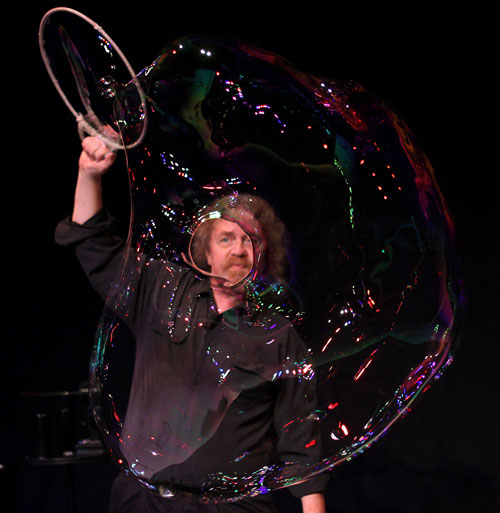 Tom Noddy introduced the world to Bubble Magic via television in the early 80's. Before that, he spent a decade inventing and developing this astounding art.

While at Cambridge University studying Maths, Colin learnt how to fire-breathe, unicycle, juggle and ballroom dance, although not all at the same time. Since then he has worked as a research mathematician, a computer programmer, and an electronics hardware designer, taking time to give presentations all over the world (over 20 countries and still increasing!) on a wide variety of mathematical topics, including "The Unexpected Mathematics of Juggling".

Neil Kelso is a writer, theatre-maker, magician, musician, artist and serial entrepreneur. His career has spanned solo performance, collaborative multimedia art productions, and creative consultancy. He is the co-creator of acclaimed political musical theatre cabaret show These Trees Are Made Of Blood, co-founder of cabaret collective The House Of Q, and is an Associate Artist at Theatre Delicatessen. He lives in London and Paris.

Dr Ken perfected his skills as a science presenter by working as a street performer, mime, school teacher and in television production. He has toured his shows and workshops in schools, science and arts festivals worldwide. He creates inspirational shows and workshops for schools at all levels and delivers development programmes for educational professionals, academics and businesses. He is currently an honorary lecturer in science communication at the University of East Anglia. 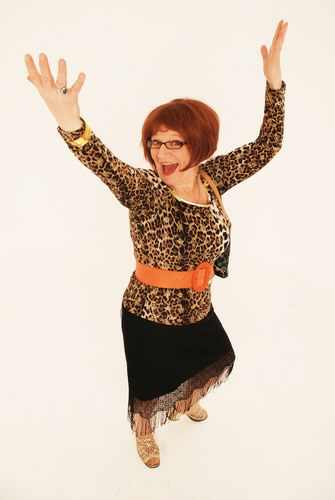 Actress, comedian and artistic director. She runs the Birmingham-based group Women and Theatre, and performs stand-up comedy as her character "Mrs Barbara Nice". She has also appeared in several TV shows including Coronation Street and Phoenix Nights.

The first man to fool Penn & Teller on ITV’s “Penn & Teller - Fool Us”. A  past winner of the ‘Magic Circle Stage Magician of the Year’ and certainly one of the best comedy magicians in the UK today. Comedian, magician, actor, singer, musician, writer.