David Pritchard worked for the UK's Health and Safety Laboratories where he undertook investigations into gas explosion incidents and how to prevent them.

Brian Mackenwells spent many years working in science communication, delivering and developing science shows and workshops for school and family audiences, as well as for adults. He now supports researchers to engage the public with their work. He also writes audio drama and theatre, and can also be found on stage doing standup about pencils. He has only made two children cry in the course of his career to date. 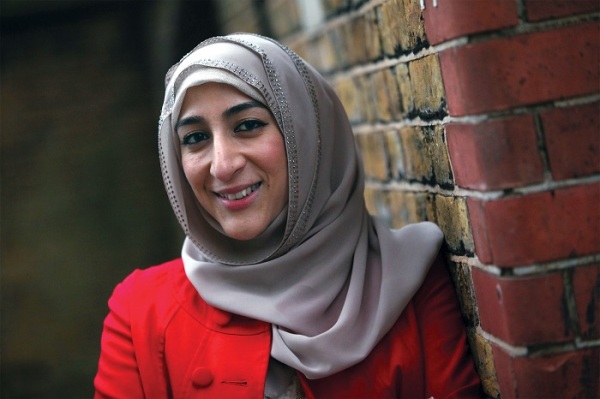 Remona Aly is a journalist and broadcaster. She writes for The Guardian and other media outlets on faith, lifestyle and identity. She is a resident Pause for Thought contributor at BBC Radio 2 on the Zoe Ball Breakfast Show and a presenter on BBC Radio 4’s Something Understood. Remona is Director of Communications for Exploring Islam Foundation which specialises in PR campaigns and creative resources. She is also an editor, presents and produces podcasts, and is on an ongoing quest to write a book (will it ever happen).

Erica McAlister is Senior Curator of Diptera and Siphonaptera at The Natural History Museum, London, where she has worked here for 15 years concentrating on lower Brachycera, Culicidae and Mycetophilidae. Recently she published a popular science book ‘The Secret Life of Flies’ which won the 2019 Zoological Society of London’s Clarivate Analytics Award for Communicating Zoology. She is the President of the Amateur Entomological Society and has also been awarded an Honorary Fellowship to the Royal Society of Entomology.

Michael de Podesta is 59 years old in 2019. He studied Physics at Sussex University (1978-81) and after almost ‘dropping out’ he went on to finish a PhD there on the arcane properties of metals at cryogenic temperatures. He went on to work as a lecturer in Physics at Birkbeck College and University College before leaving academia in 2000 to work at NPL. His work at NPL is mainly related to temperature measurement, but in 2004 he started Protons for Breakfast, a course on physics for the general public which ran twice a year until 2014. He was awarded an MBE for services to science in 2009.

Twelve years ago, unassuming scientist Kevin paused his Physics PhD to become a magician, being tutored by none other than magic royalty Penn & Teller. Having now spent the first ten years of his adult life completely immersed in Physics and the next ten in magic, Kevin is the most likely the only person on the planet who’s reached the required 10,000 hours needed to make you an ‘expert’ – in both areas. Kevin has since appeared in BBC documentaries, consulted for the National Theatre of Scotland & taught Eddie Izzard magic for a movie role. He was the first magician to perform at the Globe Theatre in London and is Artistic Director of the UK’s largest Magic Festival – The Edinburgh International Magic Festival.

Tom is a research scientist trying to understand how embryos develop into animals. He started life as a single-celled embryo in the small town of Battle on the south coast (of ‘Battle of Hastings’ fame). Since then, science has taken him on many adventures and to many places, including Boston USA where he trained, and... END_OF_DOCUMENT_TOKEN_TO_BE_REPLACED

Jackie is a Senior Teaching Fellow at Imperial College, London. After graduating with a PhD in theoretical particle physics for the University of Liverpool she went on to manage a host of national STEM programmes before being named the North West, Wales and Ireland’s ‘STEM Rising Star’ at the 2018 Forward Ladies Regional Awards. In 2017 Jackie took part in the BBC Science production 'Astronauts: Do You Have What It Takes?'. For this she was selected from over 3,000 applicants to take part and to undertake tests similar to those used in the astronaut selection process at major space agencies.